...Pirates VS Navy! Become a part of it now! 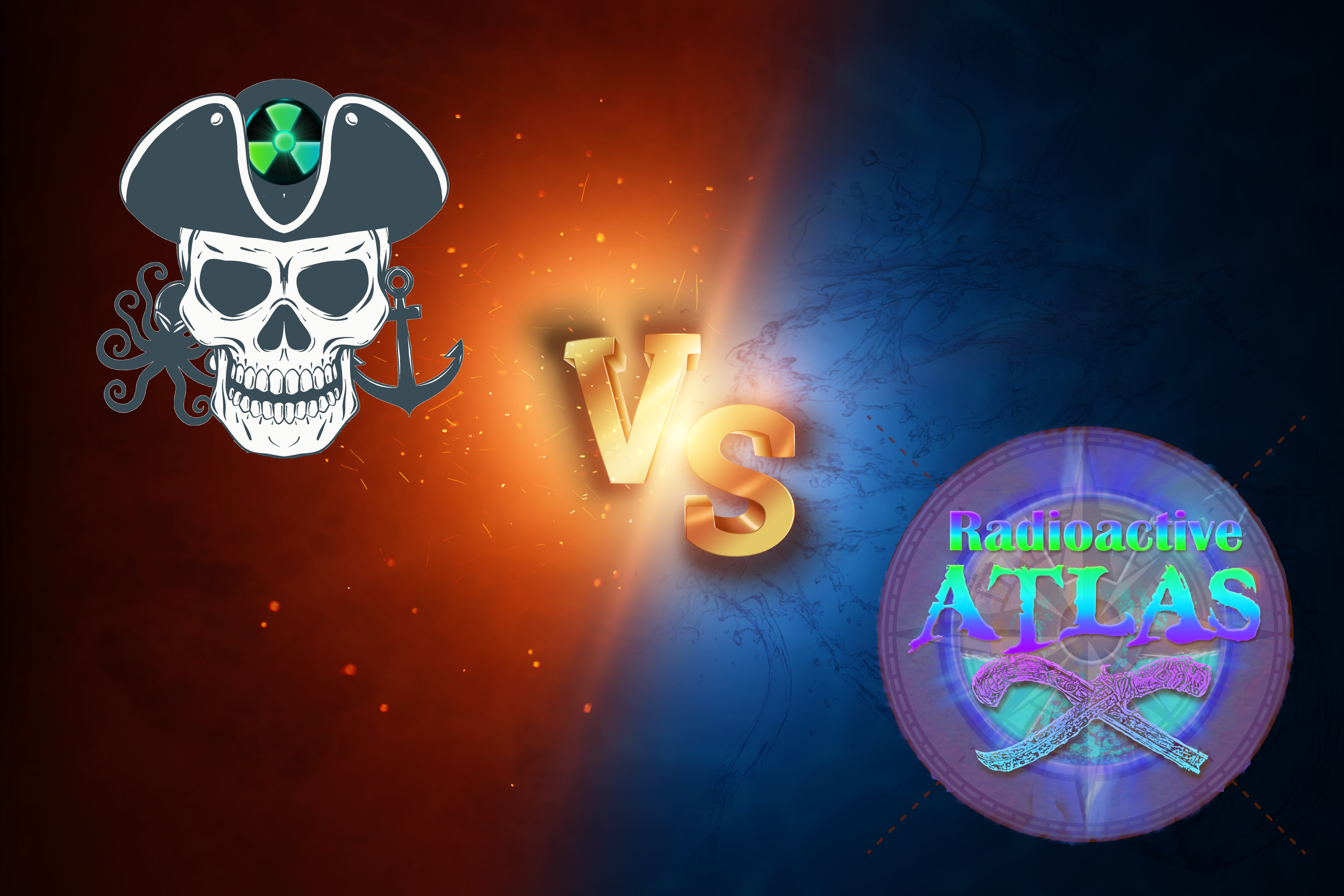 Law and order, that's what the Navy is all about.

You want to belong?
Sink the mangy pirates!

The Navy has ships of the Schooner, Brigantine and Galleon classes.

Sunken Navy ships have a Loot Chest on board which you can take with "E" (Claim Booty).

All Navy ships have an additional ammo box which can be soldered.

Brigantine and Galleons can also transport CargoRacks.
These can be collected and looted!
They can contain all common and also very rare resources!!!

Navy attack the pirates whenever they can!
They will not rest until they or your opponent lie at the bottom of the sea!

Looting, pillaging and no respect for the law, that's the pirates of Radioactive!

You want to belong?
Sink the fucking Navy!

The pirates owned ships of the Schooner, Brigantine and Galleon classes.

Sunken pirate ships have a Loot Chest on board which you can take with "E" (Claim Booty).

All Navy ships have an additional ammo box which can be soldered.

Brigantine and Galleons can also transport CargoRacks.
These can be collected and looted!
They can contain all common and also very rare resources!!!

The pirates attack the Navy whenever they can!
They will not rest until they or your opponent lie at the bottom of the sea!

Each player, starts with standing 0 (Neutral) with both factions.

While you are at Standing 0, neither faction will attack you unless you fire first.

If you want to "reset" your standing, you can purchase a pardon for gold at the Freeport.

Attacks in general:
Attacks will buff you and your ship/crew/animal for 10 minutes, making you a target no matter what your standing with the faction is at the time.

You can check your standing at any time in the inventory, you will find a scroll there, which you can not remove like your compass, this contains all the current info about your standing.

Ships "copy" the standing of their captain and are treated accordingly when there is no captain at the helm.
You can see the standing on the right side of the screen in the form of the Navy & Pirate logos, which color accordingly.
Red = Hostile
Green = Friendly
Normal (White) = Neutral

When you make pirate/navy camps or sink ships you have the possibility to claim a treasure (Press "E" to Claim Booty).
For ships this is a lighted treasure chest, in the belly of the wreck, for camps it is the flag of the camp.
Camps give other loot than ships, the exact table is secret, but there are some parts e.g. from our mod, which you can only get here!
For ships it doesn't matter if Schooner/Brigantine or Galleon, the loot and the quality is the same, or equally random, only the amount of loot is different!

Quality of the lot:
Much of the quality of the loot is controlled by our standing system, this accounts for ~50%! So if you loot with bad standing, you don't need to expect anything great.

The loot is completely independent of the ship class!
Bad standing also has a negative impact on the loot!

NPCs / Crew:
The bigger the ship, the more and higher level NPCs you can get.
The level, however, is random, which is why even Schooners can be more rewarding than Brigantines or Galleons with a little luck.

What is the Navy or the Pirates?

The Navy and the Pirates are real NPC ships, including sails, planks and everything!

The Navy and Pirates will attack and pursue player ships, but only if your standing or that of your ship is negative.

Does the Navy/pirates attack anchored ships?

No, not unless you already had the aggro before.

Can Navy & Pirates Sail Against the Wind?

Similar to players, the Navy/Pirates must use the wind to move forward.

Can I immobilize the Navy/Pirates by destroying their sails?

I hit the Navy/Pirates but the life bar doesn't change?!??

The Navy/Pirates function like a player ship, only losing life when water enters the ship.

Can the Navy/Pirates repair planks and sails?

Does the Navy/Pirates drop recruitable NPCs?

How do I recognize the Navy/Pirates?

If I sink the Navy/Pirates, can I loot its wreckage or does it disappear?

As for players, the wreck sinks to the bottom and can be dismantled, this disappears after 24 hours.

I have lost standing, but I am on land?!?

Español
Manage cookie consent
In order to provide you with an optimal experience, we use technologies such as cookies to store and/or access device information. If you consent to these technologies, we may process data such as browsing behavior or unique IDs on this website. If you do not give or withdraw your consent, certain features and functions may be affected.
Optionen verwalten Dienste verwalten Anbieter verwalten Lese mehr über diese Zwecke
View settings
{title.} {title.} {title.}